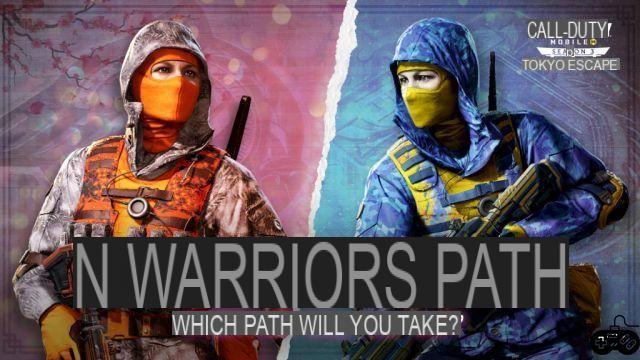 The release of Call of Duty: Mobile Season 3 also saw the announcement of the game's second event, "Choose your side and control your territory", named Warrior's Path.

Like the Fight for Humanity event that preceded it, the event sees players choosing a side, this time between the UAC or Five Knights. Teams will then battle across 15 territories with unique challenges that put players to work.

Each faction has unique rewards, so it helps to know what you're signing up for, so if you want to join COD: Mobile, The Last Power Struggle - here's everything you need to know.

The Warrior's Parth event is, from April 30, now live. It will run until May 12.

How does it work?

Players will choose between fighting for the UAC or Five Knights, once you choose your faction you will face the other side in territory battles. There are 15 in all, and each is contested over a 24-hour period.

Teams earn points by completing the territory challenge. The team with the most points at the end of the day wins the territory.

Successful players will earn rewards, while those who excel within the team will be rewarded even more.

Players can also increase the amount of points earned by using the Yakuza Porcelain Weapon Set from the recent Blade and Blossom draw. Equipping a weapon from this set will increase points earned from a completed challenge by 50%.

Each faction has its own rewards, so it's worth knowing what you're signing up for.

The Five Knights, meanwhile, gain weapons and an operator skin from the Knighted series, as well as the Man-O-War – Five Knights Blueprint and Five Knights Charm.


Those who excel during the event, regardless of faction, will earn special prizes for a total of eight epic rewards, a legendary calling card, and over 10 rare weapon camouflages and characters, including:

Remember, this is a limited time event, so if any of these prizes excites you, be sure to get your side picked and compete for prizes. Once they're gone, they're gone.