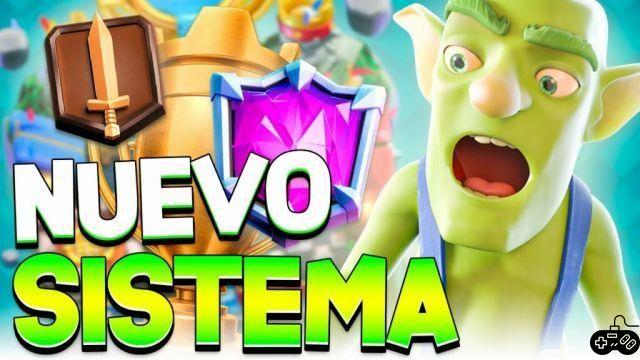 With the new update we say goodbye to the Chest but we also welcome the Clan Wars. A format that is surely familiar to us from other games like Clash of Clans, but you should pay close attention! this mode is not the same in the two smartphone games.

In this format we can achieve trophies quickly. And this is what we seek, to put aside any trophy generator Clash Royale. Since, if you use this kind of tools you can run the risk of losing the progress of your account, since Supercell penalizes those who use tools that go against the policies of that game. So, if you want to know more, keep reading!

The Clan Wars they are battles between groups that last a couple of days. Throughout the first day the clan will be dedicated to provisioning, this phase consists of preparing for war. The members of the clan will have to fight to win all the cards they can (forty at most) and manage to form a good joint deck with which to face the opponent.

During this first day they will only be able to dispute up to 3 battles. They can be of different modalities: two against two, double elixir, sudden death. While just for participating there are already rewards, victory gives considerably more.

First of all, your king must be level 8. In addition to this, you must belong to a clan that has at least one member of this level or higher. And if you're itching to start a battle, you'll have to wait: only clan leaders or co-leaders can start a war. In order to see if there is any active war, it is enough to look in the wars section, next to the chat.


The rewards clan members get from these wars are not few. The essential is get as many trophies as possible. These trophies will allow the clan to go up in the clan league. At the end of each season of wars the set will get a reward chest.

We can aspire to one of the 4 leagues that are active today. The first is the bronze league. It is the starting point of each and every one of the clans and corresponds to the 9 level or lower. It is divided into Bronze II (at two hundred trophies) and III (at four hundred). The biggest reward we can achieve here is chest one

If we want to ascend we must achieve 600 trophies. This will place us in the Silver League, with a tier one king. With nine hundred trophies we are going to go to Silver II and with one thousand two hundred to Silver III, one step away from promotion. Obviously, the reward here is greater. Chest 2 comes loaded with two thousand seven hundred and thirty gold and three hundred and ninety cards.

When we have invested time and care and have 1500 trophies and a level one, we will plant ourselves in the Gold League. Here are the rewards they are already pretty good. three thousand five hundred and seventy gold and five hundred and ten cards, one of which will be epic and one hundred and two unique. We practically feel like losing; in such a case we are going to receive two hundred and sixty-two letters. And if we win, five hundred twenty-five.