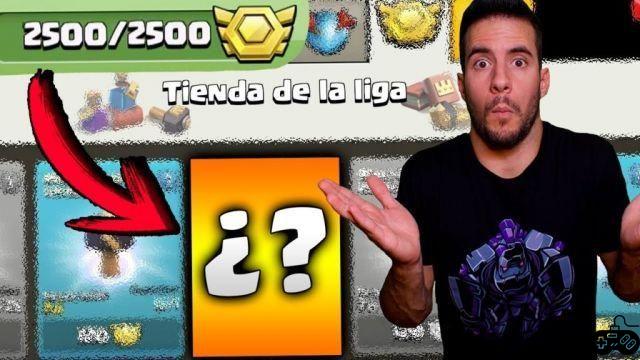 Since Clash of clans entered the competitive world, they have made a series of changes in favor of favoring the determination of their players. Among these changes was the implementation of a league system and a league store.

The League Store Clash of Clans It runs as an exclusive trading window for all those players who received medal rewards throughout the season. This advance allowed players to find the precise motivation to progress their way of playing day after day, all in the interest of getting more and better rewards.

As we said the league store is an exclusive site for exchanging medals for exclusive items. Among the exclusive objects that can be found here are exclusive sculptures, magical objects, gold, elixir or situations.

In the case of final resources, this is done to double the production of each and every resource in one day. This may not mean much a priori, but keep in mind that you will receive double the resource so your strategy for that week can be changed.

Another exclusive section of the store is that you will be able to access to research situations, which you will use to finish incomplete buildings. This has brought some controversy, since certain players have their buildings to the limit and do not find rewards when receiving these potions. But for new players it's a huge item that will let you cut down on build days.

These rewards will be affected depending on the clan you belong to, the higher the reputation of your clan, the greater the rewards that you will receive, and therefore the objects that you will be able to demand.

If you are the leader of a clan You will have the opportunity to distribute a medal bonus to your players over two days, this to reward both the effort and the incessant participation in the league.

Although this system can be beneficial for all those who are not one hundred percent involved in the game, it is a system that also weighs the determination of those who wish to participate in battles rather than not having the buildings at the recommended levels. they can participate.

So how can we see it is a fairly balanced system in good aspects and that with the implementation of the league store, it greatly facilitates your journey on the planet of clash of clans. You just have to work hard and we are sure that you will be rewarded both in your clan and at the end of the season with a good number of medals.

We hope this article has served you and you know how to get the most out of clash of clans league store. We recommend that you read our articles related to this game, as well as many other games on our official website.

add a comment of Clash of Clans League Store