Author and references
Our articles on Diablo 3 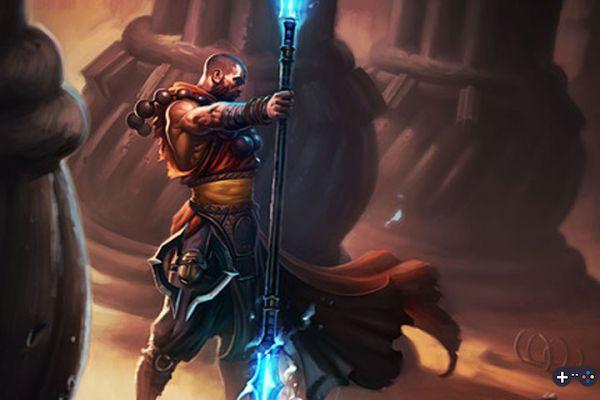 Dance Diablo 3, there is a wide variety of sets and therefore builds. the Moine is no exception to this rule and has many different sets, offering a fairly diversified gameplay. With game season 23, we offer you a whole bunch of guides. Feel free to check them out to see which gameplay suits you best on the Monk!

Here, we will tell you about Model of Justice set, a build based on using Storm Rush.

The goal of this build will be to build a group of enemies by activating swirling wind and luring them with Storm Rush. Sleet and the Conclave of Elements will then start creating damage potential. Once the pack is built, it will be necessary to activate blinding lightning to unleash the potential for damage. spells like Epiphany, which should be used as soon as possible, Serenity et redemption mantra will be there to ensure survivability.

As its name suggests, this build is based on the use of the set bonus Model of Justice (PoJ), one of the best builds of Season 23.

With patch 2.7.0, Blizzard made companion gear essential for solo play. For this build, we advise you to play with the Brigand. This set up is made for the push.