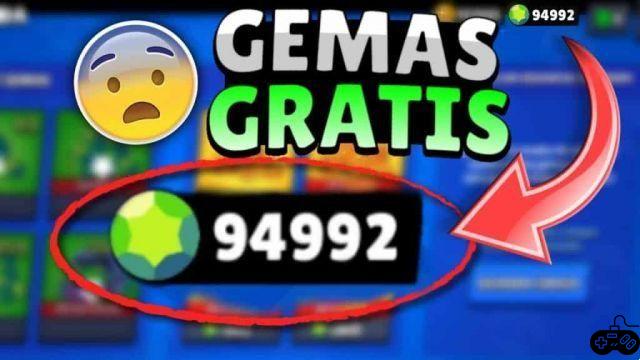 We all wish we had more and more gems to spend on our favorite skins, in the star power that we want and of course not, in unlocking new characters considerably faster than the other players. But, getting gems can be incredibly difficult and up to a certain point prospering can be impossible.

This is because the amount of gems you receive is linked to the chests you win and the situation you manage to reach in the cups at the end of the season. For this reason many players of Brawl Stars they get frustrated and lose some of the entertainment, because although it is a competitive game, we all seek the greatest enjoyment when we play and many other players only enter the games to have a good time and avoid the incessant stress of day to day.

Today we can find a plurality of content related to brawl stars that is not necessarily one hundred percent legal, but in most cases they are for use outside the official server, in another article we will explain how to use brawl star happymods, which is essentially installing a mod that is played on a private server, and in it you acquire unlimited gems and access to all the paid content of brawl star. It should be reiterated that this mod is played on an unofficial server, so your progress will not be reflected on the official supercell server.

They exist apart from the mods, there are expert pages in the generation of codes redeemable for gems in the official brawl stars store. What happens with this is that in most cases, if not in every case, they are already used codes, since these codes expire when a certain number of users use them.


Well, having explained this, it is clear that the only viable way to get them and be able to use them on the official server is to be sufficiently competitive and have a convenient classification so that the end of season rewards be the ones you want and you can have the right amount of gems.

Finally, we remind you that the use of third-party software or unofficial websites can lead to inconveniences, and although you may find usable in-game hacks, most of the players who exploit these cheats end up getting banned.

And in the case of programs, they can be so dangerous that they can damage or violate the files on your mobile. So, if you don't want inconvenience and losing all game progress don't use these hacks. And be very careful when download from unofficial sources, since today viruses have evolved and are even more deadly than they were a few years ago.

We hope that this article has been of great help to you and clarifies each and every one of the doubts regarding the gem hacks in brawl stars. We recommend that you read the articles related to the planet of brawl stars, like that of many other games on our official website.