Best weapons in Warzone Season 4: The strongest and most broken weapons 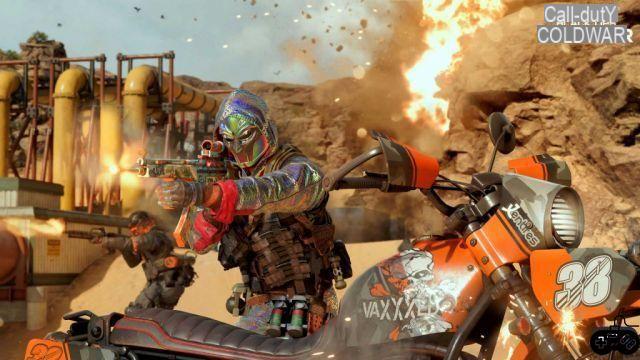 New seasons are also when the devs make the biggest changes to the game's weapon arsenal, with gun buffs and nerfs as well as changes to how attachments work, a regular occurrence. .

Season 4 saw a number of balance changes, with the goal of making as many weapons viable as possible.

However, some weapons are still undeniably better than others, and each class will always have an almighty gun that stands out from the rest and deserves the label of "broken" - a gun so good it breaks the game.

If your goal is to dominate every time you jump into Verdansk then these are the guns you want to run with and we've gone over the stats and considered the best loadouts to produce a list of the best guns, in every class, at the start of Warzone Season 4.

Let's get in there.

The best weapon in each class for Warzone Season 4

The number of weapon classes in Warzone is debatable, a fact that is further blurred when the Black Ops Cold War arsenal was added to the battle royale.

For the sake of common sense, we've folded sniper rifles into sniper rifles, and we're also not categorized as RPG, etc.

The season changes, but the broken weapons remain broken, the story as old as time.

And that's exactly the story of the CR-56 AMAX, an assault rifle that remained dominant in Warzone even after countless nerfs.


There's a good reason all top Warzone players still prefer the CR-56 AMAX as their primary weapon, and that won't change unless Raven drastically changes the weapon.

The CR-56 AMAX produces ridiculous amounts of damage in addition to being reliable at range, making it practically a death ray, with the right loadout it's the best weapon at close, medium and long range.

Like the CR-56 AMAX, the MAC-10 remains a powerhouse in its class despite several heavy nerfs.

It's a perfect weapon for storming buildings and making sure every corner is clear of potential threats, while doing reasonably well in mid-range combat due to its rate of fire.

Simply put, this is a versatile, good and reliable weapon with very few drawbacks, the latter of which can be easily repaired with carefully selected attachments.

It might be a controversial choice, but we think the new LMG is a clear winner in Warzone Season 4.

The MG 82 offers some unorthodox benefits for the class at the cost of having the lowest bullet damage in its class.

While that might seem like a hassle for a class of weapon you typically want to pulverize your opponent into a fine powder with, however, this weapon's ridiculous rate of fire - on par with some SMGs - and massive standard magazine in make an absolute monster.

In Season 3, our pick for Best Sniper/Marksman Rifle was the Kar98k, but in Season 4, the SP-R 208 takes the top spot as the strongest MR in Warzone.

This bolt-action sniper rifle offers both precision and speed, capable of taking out enemies from unimaginable distances.

It's by far the most reliable long-range weapon in the game, while still being reasonably mobile compared to some of the game's deadlier but also heavier snipers, like the HDR.

If you're even half decent with snipers, you'll drop bodies left and right with the SP-R 208.

The legendary Streetsweeper remains our pick in the shotgun class.

This is due to the weapon's high rate of fire, making it capable of shredding enemies in an instant.

This fully 473matic shotgun is probably the best rifle in the game for close quarters combat, with the weapon's only weakness being its slow reload speed, a problem which is thankfully mitigated by its massive magazine capacity – the largest of its kind. category.


Just make sure to eliminate any threat quickly, because if it's not down by the time you need to reload, it will be you instead.

From its beginnings in the original Counter-Strike to modern games like Valorant and Warzone, there was always something special about the Desert Eagle.

No other weapon in the history of video games offers a headshot as satisfying as the good old Deagle.

Definitely not a weapon we would recommend to everyone as it has a strong upward kick when fired but for players who know how to deal with this beast this is the weapon secondary of choice for almost any situation.

After all, it's not just about killing, you also have to send a message, and the one sent by the Desert Eagle will never be forgotten.

There you go, these are the best weapons in Warzone Season 4 for all classes!

Have fun destroying your enemies!

If you want to know more about Season 4, including all the latest loadouts, tier lists, and POIs, check out our dedicated Warzone section.

add a comment of Best weapons in Warzone Season 4: The strongest and most broken weapons