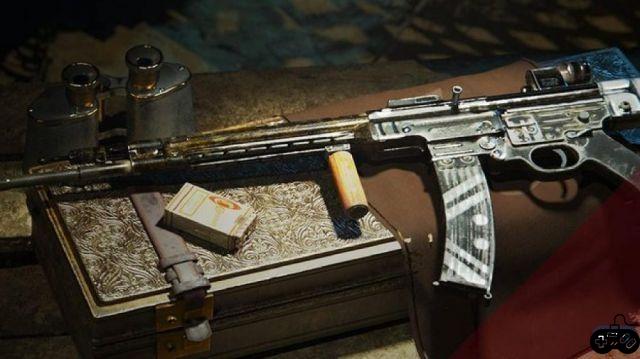 Vanguard weapons have arrived in Call of Duty: Warzone Pacific and they bring with them 10 attachment slots!

That doesn't necessarily mean these weapons will be broken or always better, but it does mean that Warzone players who choose them will have more options to fine-tune their loadouts to suit their needs.

The STG44 was one of Vanguard's flagship pre-season assault rifles, being both extremely popular and quite effective, so we have no doubt that it will pose a serious threat on the Caldera map as well.

If you want to make sure your first few days on the island will be victorious, check out the best STG44 class setup for Warzone Pacific Season 1.

Use these attachments for the best STG44 Season 1 loadout.

There you have it, the 10 attachments for the best STG44 loadout in Warzone Pacific Season 1, and possibly one of the best class setups in the entire game right now.

There's nothing particularly standout about this build, we've molded it towards mid to long range effectiveness, it does insane damage and has high accuracy while being much easier to control compared to its vanilla version, thanks to the several attachments that we've added.


We think this build is probably the safest option to kick off Warzone Pacific Season 1, as you'll definitely find it useful in many situations, as it covers a wide range of possible combat scenarios you'll encounter on Caldera.