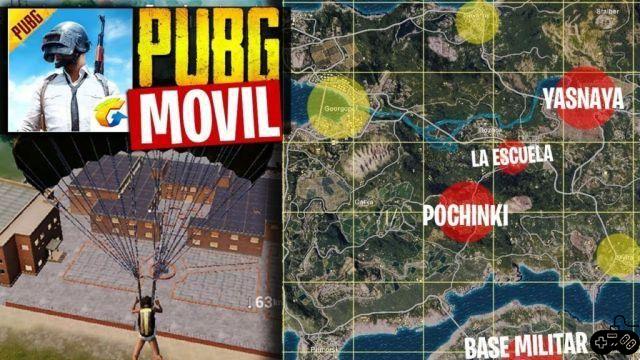 When you play a Battle Royale, the weapons and resources that you can locate are essential to be able to take advantage of each one of your opponents. Many players in the PubG Mobile community have been concerned with finding the cities that have the best weapons on the different maps that the game has.

Each player lands in a city on the map depending on the airplane's trajectory in that game, and this is one of the most essential aspects in the game because where we land can be the difference to win or lose according to our loot. . Not each and every one of the places in the different maps of PubG Mobile have exactly the same objects and benefits. If we find the right places, the time in which we are going to look for the best level weapons will be less. In this blog post, we are going to explain the best places to fall into the PUBG Mobile.

The Erangel map is one of the best known and played in PubG Mobile, it is a very large area where you must carefully select where you want to land. At Erangel we recommend:

Best Names for Among Us ❯

add a comment of Best Places to Drop in PubG Mobile