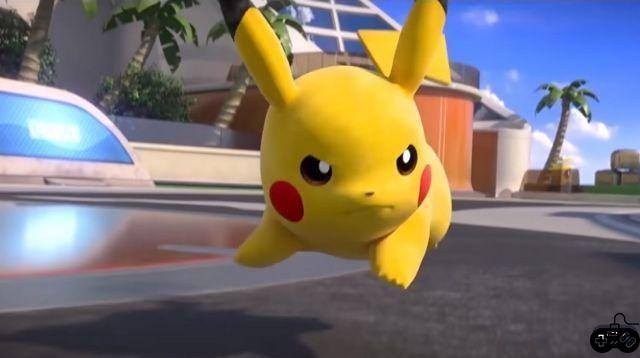 Developed by TiMi Studio Group and The Pokémon Company, Pokémon Unite is played by millions of players on Nintendo Switch. It features 20 Pokémon from the franchise, and arguably the most iconic of them all is Pikachu! This rodent-like yellow Pokemon is definitely one that many players will want to play with, and it's powerful too. That's why it's at the top of our tier list, where we rank all Pokemon from best to worst for Pokemon Unite. If you want to dominate Aeos Island as Pikachu, we've got you covered with the best build, with all the right moves and items to get the job done.

As a ranged electric Pokemon, Pikachu is one of Unite's best damage dealers. However, it's also one of the squishiest of the lot, the proverbial glass cannon, if you will.

In the best version of Pikachu, we're negating its weakness a bit with item choices while opting for special attacks to get the job done.

First, check the moves (skills) you need to select for this Pikachu build in Pokémon Unite:

These skills/moves for Pikachu will not only help you easily farm wild Pokemon in Unite, but also lead you down a lane to gank your opponents, taking them down in seconds.

Now let's move on to the elements. The most important is the Shell Bell, which allows special attacks to heal Pikachu. We combine this with two items that increase your special attacks even further.


This best Pikachu build in Pokémon Unite can work in any lane. However, we suggest combining it with a Snorlax or Tank for you in a lane, or Nintetails to slow down retreating enemies. It's also excellent at farming wild Pokemon with its moves.


So there you have it, the best build for Pikachu in Pokémon Unite, with item choices and moves that will help you dominate the island of Aeos!

You can find more news, guides, announcements, and updates in our section dedicated to the Pokémon franchise.

Original version by LazyGod on the PokemonUnite.gg fan site.