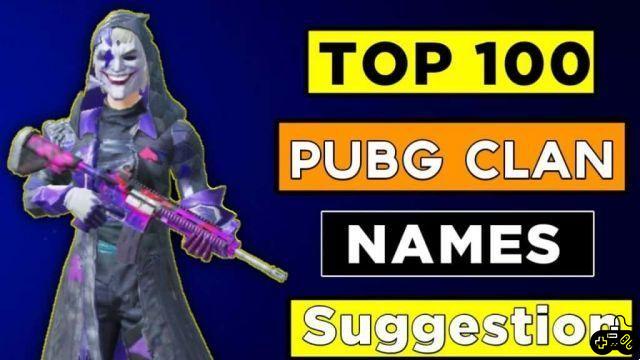 If you're a fan of putting weird names on nicknames in games, like adding unusual characters, then this guide on the best nicknames for PUBG Mobile It will be quite useful to you. We have made a selection so that you can select from a huge variety of names. The first thing to estimate is what you want your nickname to project. There are people who give themselves names related to animals to seem cute, but then they are devils on the battlefield.

Similarly, we can see players named theKiller69 and they die in the top ninety. Once you have determined what you want your nickname to project PUBG MobileWe go to the selection stage. You can select between names like the one we gave you previously, or combine words in English so that they sound good. There are still people who use a meme to put it as their identity in the game.

An example of this is the duolingo player, or another that can be called trivago. Sure, this is old stuff but the players thought today was funny. We don't recommend it, because when memes die, surely absolutely no one understands it and they end up asking you thirty times why you nickname yourself Duolingo.

Finally, keep in mind that PUBG Mobile by default does not allow singular characters, such as letters with accents or strange symbols. However, there is a way to bug this alternative simply by pressing admit after copying and pasting your name into the text field.


If you liked this information, now we leave you certain symbols that you can use to get an aesthetic nick that looks good on the battlefield, and for which you can be admired. Remember that these have already been occupied, so you will have to use them as a reference.

add a comment of Best Nicknames for PubG Mobile